The idea of sandwich flavour crisps is certainly an interesting one and I was not completely sure if they would work or not. Because of being so uncertain I had no intention of buying into the hype but when my partner came back with some then it made sense for me to try them and give my thoughts on them. 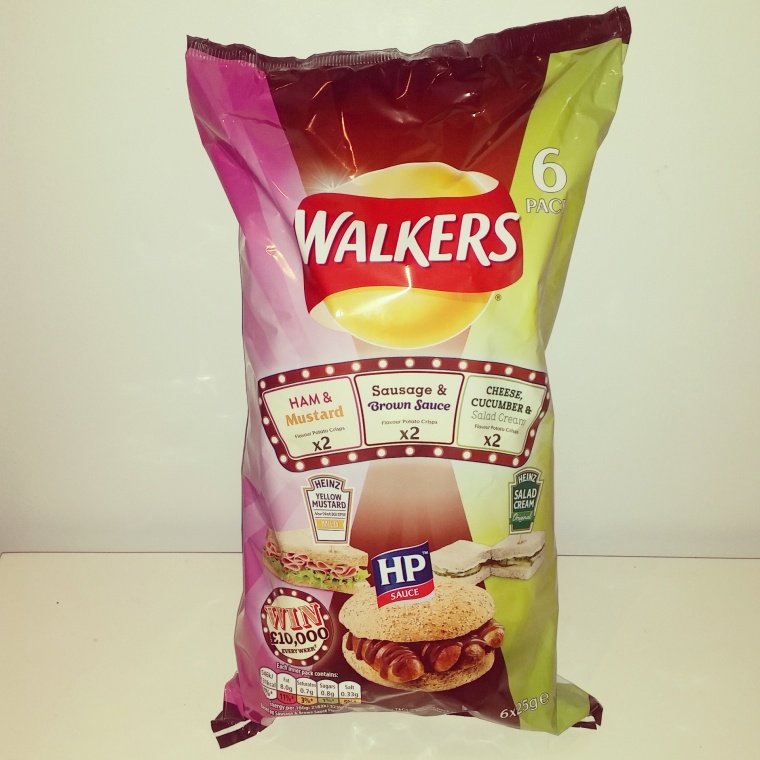 Part of the thing I struggled with is that crisp sandwiches are fabulous but that does not mean having a crisp that tastes like a sandwich (essentially the reverse) would be worthwhile and having sandwich flavoured crisps in an actual sandwich seems a little too bonkers even for me.

These taste very much of brown sauce although I would say more of a knock off brown sauce than HP sauce. That initial kick is finished up with an after hint of fattyness that you tend to get from a cheap pork sausage.

They are well coated in seasoning and the colour of the crisps looks quite dark to the initial eye but the crisp itself is no darker than any other.

Strangely the first few crisps tasted to me of Walkers Worcestershire Sauce crisps though this did fade as the other intended flavours started to develop. They had the usual crunch, texture and thickness of a Walkers crisp but overall nothing special (though they are the best ones in the pack in my opinion). 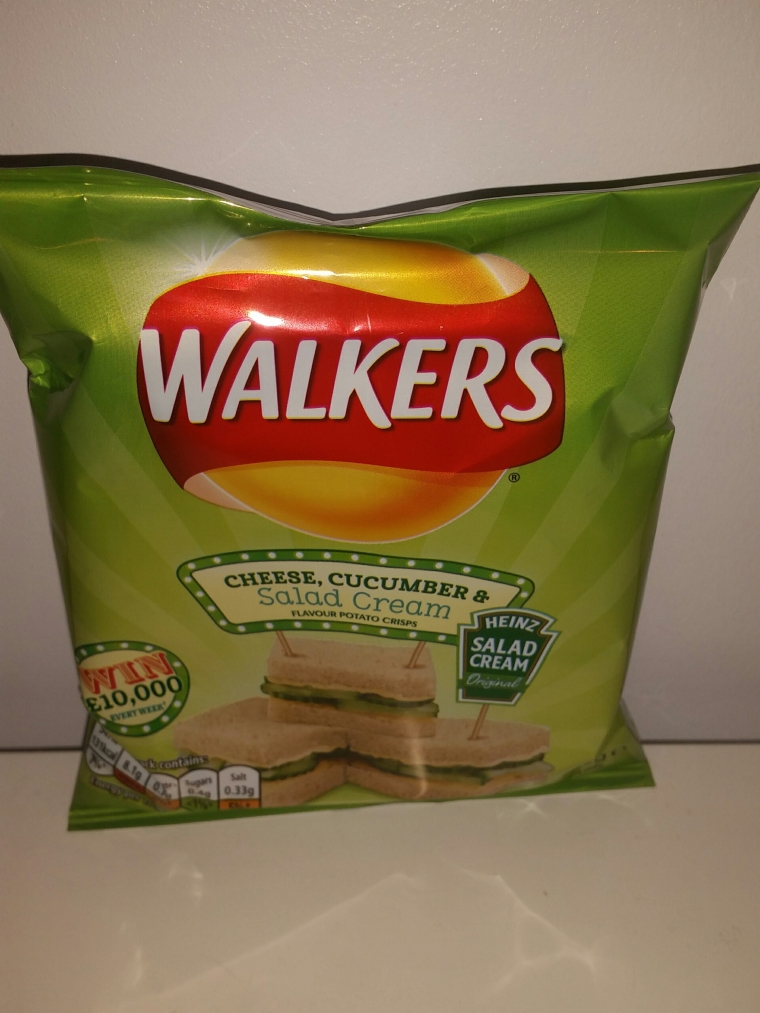 These have to be the ones I was the most unsure about and discussion on my instagram feed suggested they very much have the love or hate quality about them.

Salad cream and cucumber are the most obvious notes and there is no hint of cheese, even something really mild in flavour, at all.

With cucumber being a mild flavour these were fairly bland crisps, perhaps even more so than ready salted, apart from the odd hit of salad cream.

The unfortunate thing about the doses of salad cream was it tasted a little sour and like salad cream that had been left in the sunshine on a table for a bbq for an hour too long. These are not recommended at all and instead I would really just say to pop some cheese crisps in some bread with some salad cream and be done with it. Rather strange and largely pointless. 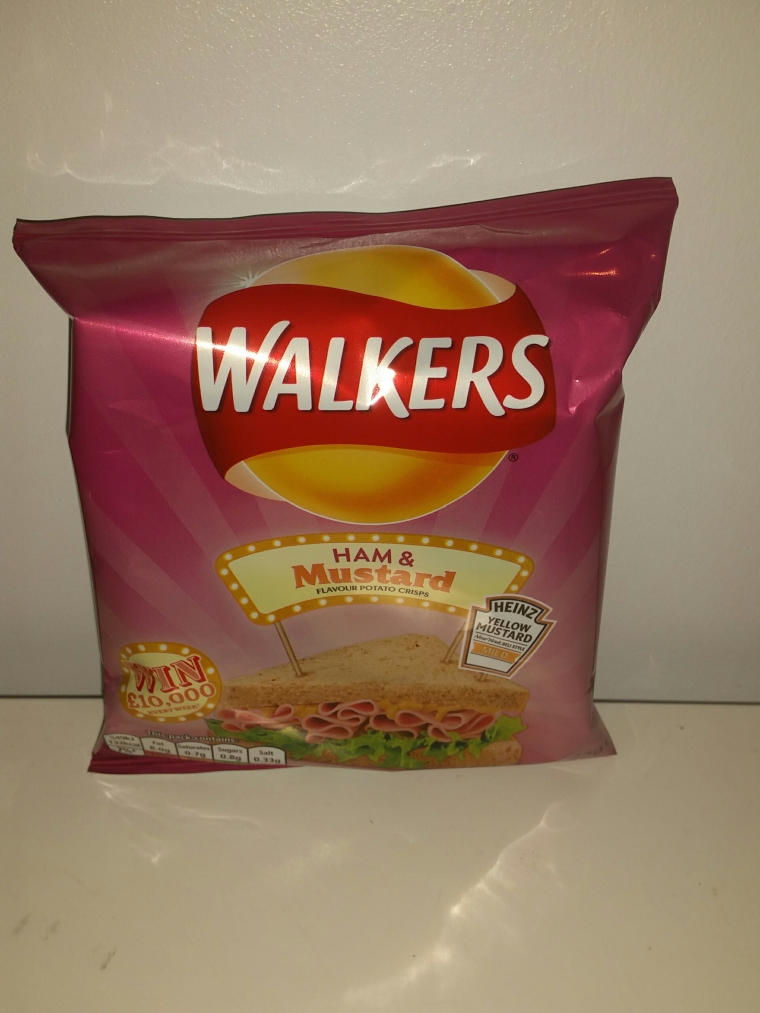 These are nice crisps and I could hanfle getting offered them but they did not really have a distinctive ham and/or mustard flavour behind them.

Instead they were much more generally meaty, although a lot milder than most meaty crisps by Walkers, with a little bit of an added flavour but there was certainly no spicy kick or anything to follow it up with.

These would really have benefited from using a mustard that revolves around the seeds a bit more rather than a mild yellow smooth mustard to add some flavour definition to them.