If you are having an awful day and you have some credit in your Hungry House account then it might as well be used to make you feel a bit less blerg.

So I had a browse around and ended up at Chicken Planet. The prices were reasonable and overall the reviews were good and reading through them the issues seemed to be a while ago and generally not a massive deal at all. The food I ordered was not all consumed at once nor was it all eaten by just myself.

Ordering a pizza meal gives you the option of a can of drink or in this case two. I selected Diet Coke but they did not deliver that so that was not a good start. A few other people complained about that being an issue and I just do not understand why if the restaurant has a drinks issue going on they should just take it off the menu. 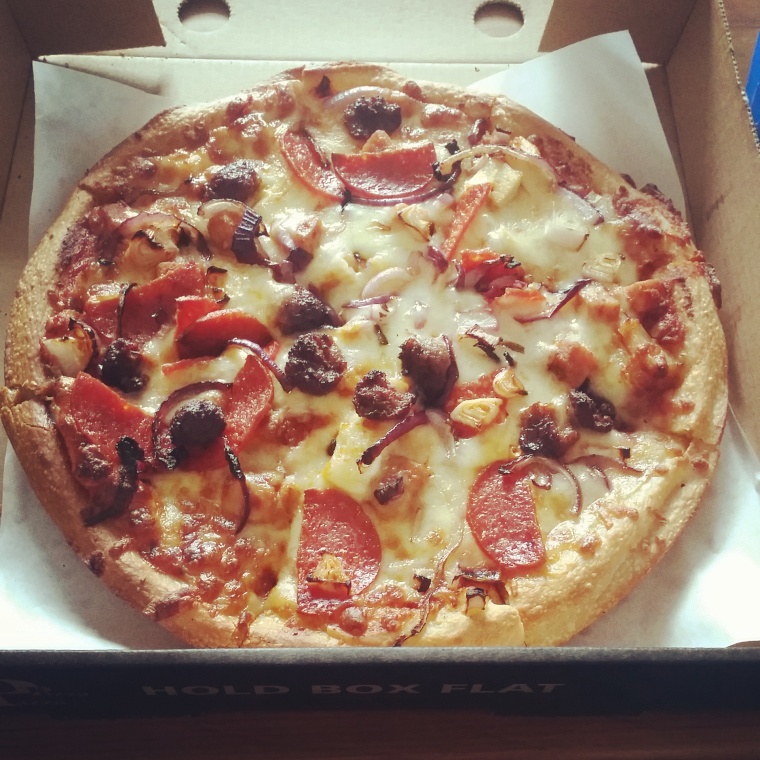 I actually ended up measuring it and whichever way I approached it this pizza was 100% a small pizza put into a medium box. But it was the right sort of pizza as I had ordered a mega meat one and the quality of the pizza itself was yummy. Not at all greasy compared to most takeaway pizzas but still.. smaller than billed.

It was the things that actually arrived and part of the meal that disappointed the most. There are some things I never thought to be possible but I was proved wrong on this day. 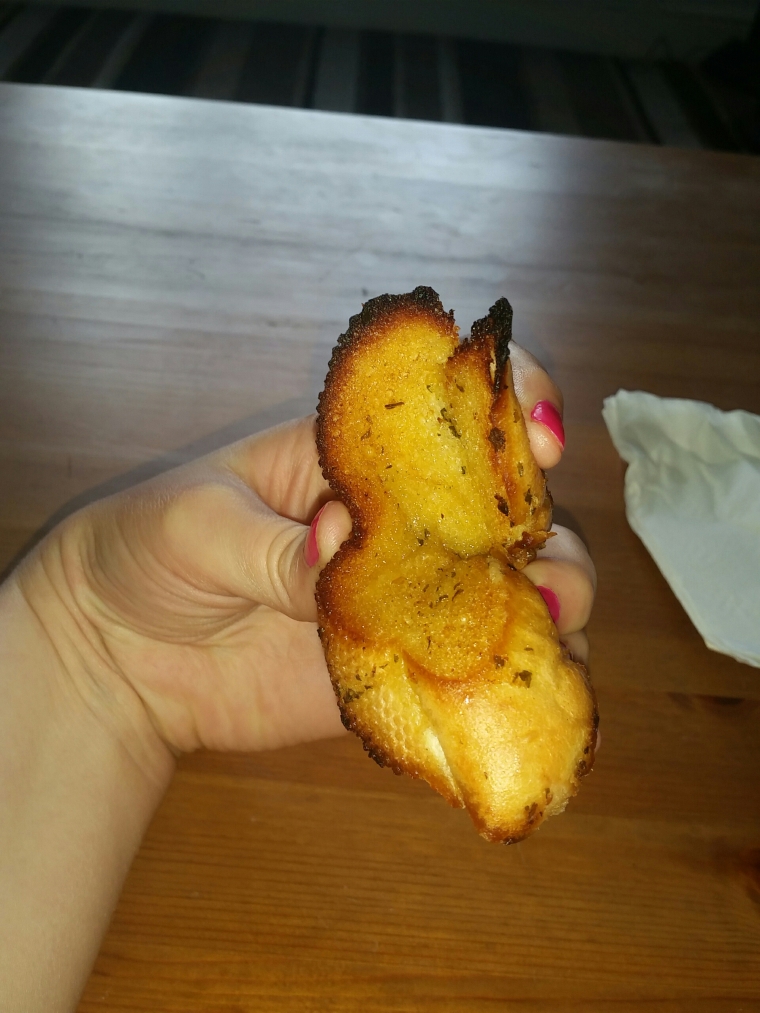 Firstly the garlic bread lacked any sort of garlic taste. It was more just like a very poor quality piece of bread. But secondly and more importantly it was squidgy and soggy whilst also being charred on the edges. It made no sense. I think this is partly because of the way they wrap the food in a foil/paper bag combo and then put it all tied inside a carrier bag inside a delivery bag. But still this was disgusting and tasted gross and i would recommend you avoid it unless you will encounter death otherwise. 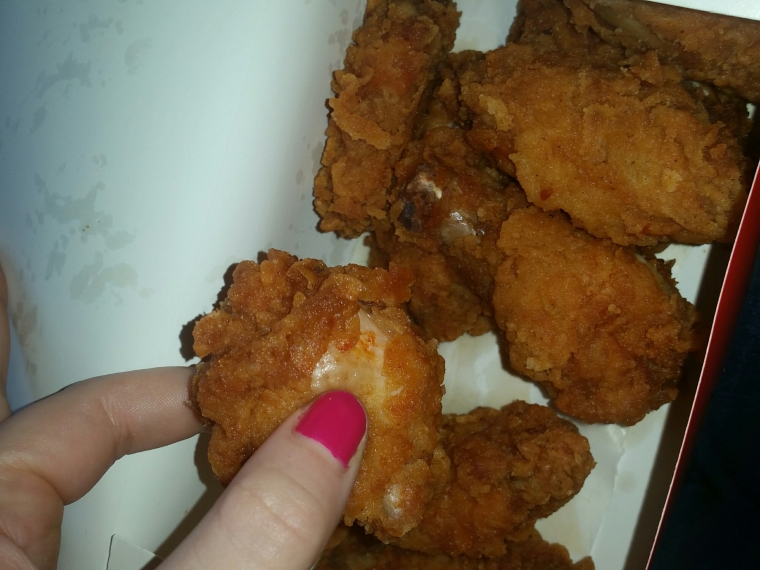 Chicken is also included in the meal as you might expect from somewhere called Chicken Planet. And with that name you expect it to be good right? Especially knowing they managed a decent pizza? Wrong. Ow you and I could never be more wrong at that assumption.

I am still trying to figure out where the chicken got to. If you want slightly soggy coating on some bone and gristle then this is the place you are seeking but if you want actual chicken then best move on and lool somewhere else because it is not here.

To round the order up enough to be delivered and also so I could try a further range of their items I got a simple burger and chips meal. 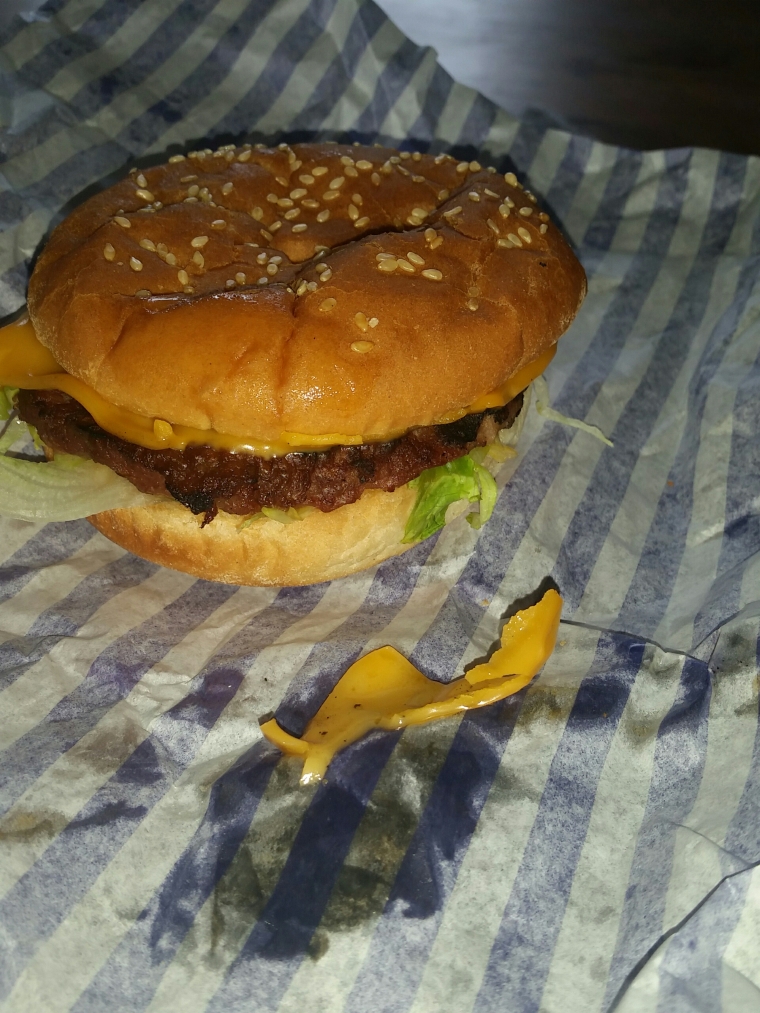 The burger was good and super tasty. The salad felt fresh and it had some great flavour going on. It reminded me quite a lot of a Mcdonalds burger so there were no complaints there. It was well wrapped and placed in a bag helping to keep it warm and protected. 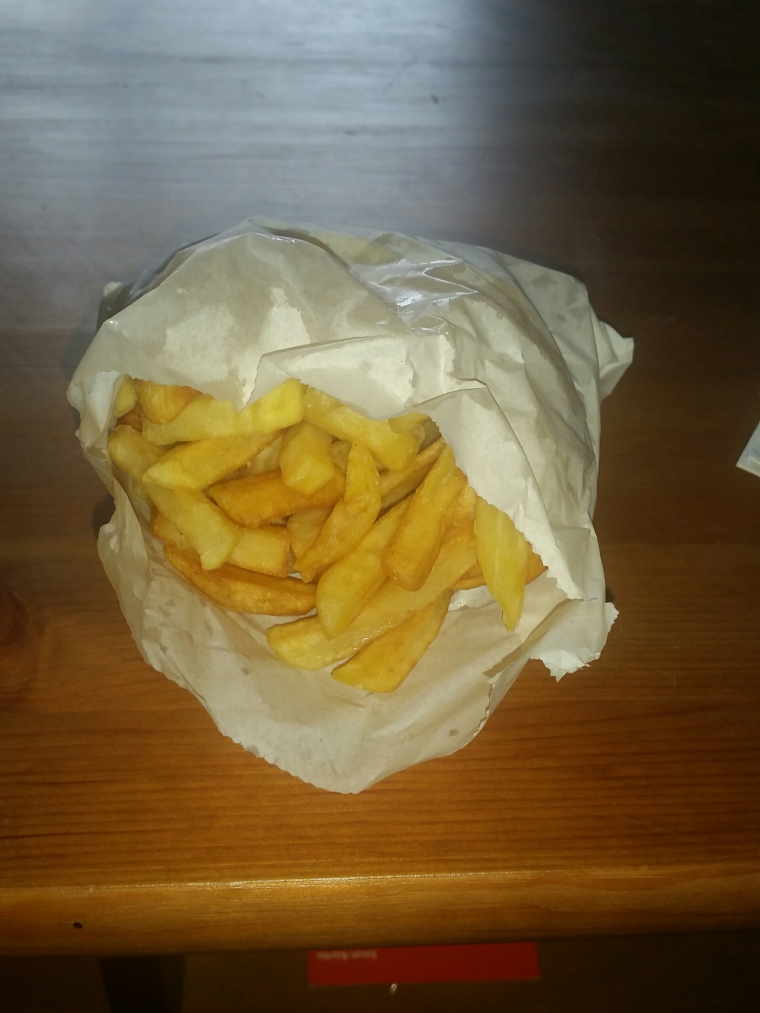 But the chips were something else. And not in a good way. The top of the bag was barely even folded over and they were just at the bottom of the carrier bag meaning they got cold quickly and collected all the condensation heat. The chips were just about cooked but not golden or crispy on the outside instead just a soggy mess. Not soggy in the sense of oily, most of the food had no obvious excess oil other than what you would naturallu expect, but like they had been dunked in water for a second or two. The cooking of them was not very even. I have had better microwaved chips than this and I really do not know how they cooked them to end up so bad.

The burger and pizza were both good but I would struggle to recommend the pizza because of the size issue and I can only recommend a burger on its own. In terms of the quantity you get for your money it is very good value but the quality is generally lacking and appauling.

This could be fixed with better packaging and transportation but when they take over an hour to arrive from somewhere 10-15 minutes down the road you expect a lot better. I could not recommend this place and I will not be ordering from their again.