In London it is a big time for politics. We finally wave goodbye to Boris and see a new person take the lead in city hall. As the days to the May election get closer parties are stepping up their campaigns and ways to raise extra funds.

Now I am not going to bang on about politics, my views and the things that were said on the night. If you have ever gone to a Labour event (or anything similar) you can probably imagine the content.

My partner and I got invited by a fellow member and we were so grateful. The night would have cost £45 each and that is way out of our prive range (£90 for the night would be the same as our monthly food bill!). It was held in The Hilton in Croydon, which is near where the closed airport is, and that made me excited and expect a lot.

Of course they were catering on mass so the food was always going to be simple to deal with that, keep it tasty and warm however I did perhaps expect a little more. It is not actually that difficult to do well cooked and yummy food whilst keeping it warm for a mass of people (at least when you specialise in events and catering for big groups and all the food is basically the same). 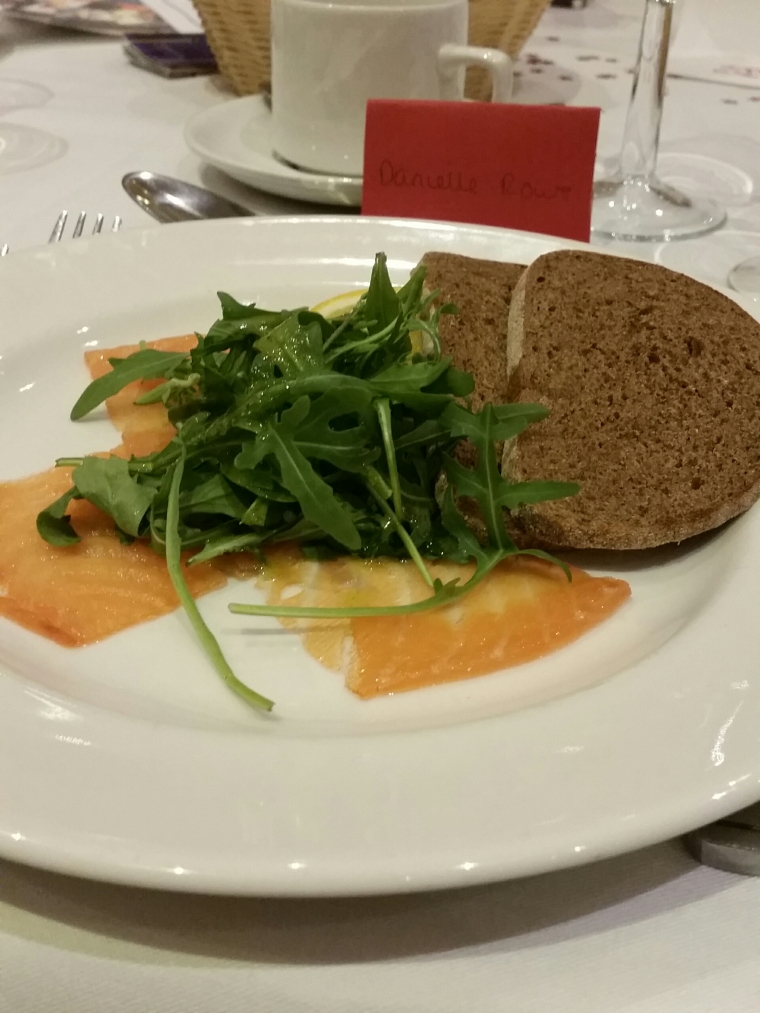 When the starter came along I had great hopes for what else the dinner would involve. Thin slices of salmon, rocket with a little lemon dressing and some thinly sliced bread (I think it was supposed to be rye bread which is why it was rather dry and chewy). It was super simple and a very balanced plate of food. The salmon was fresh and subtle rather than the sometimes overwhelming taste that it can sometimes have. It did not come across as being smoked salmon to me but it could have just been very mild. 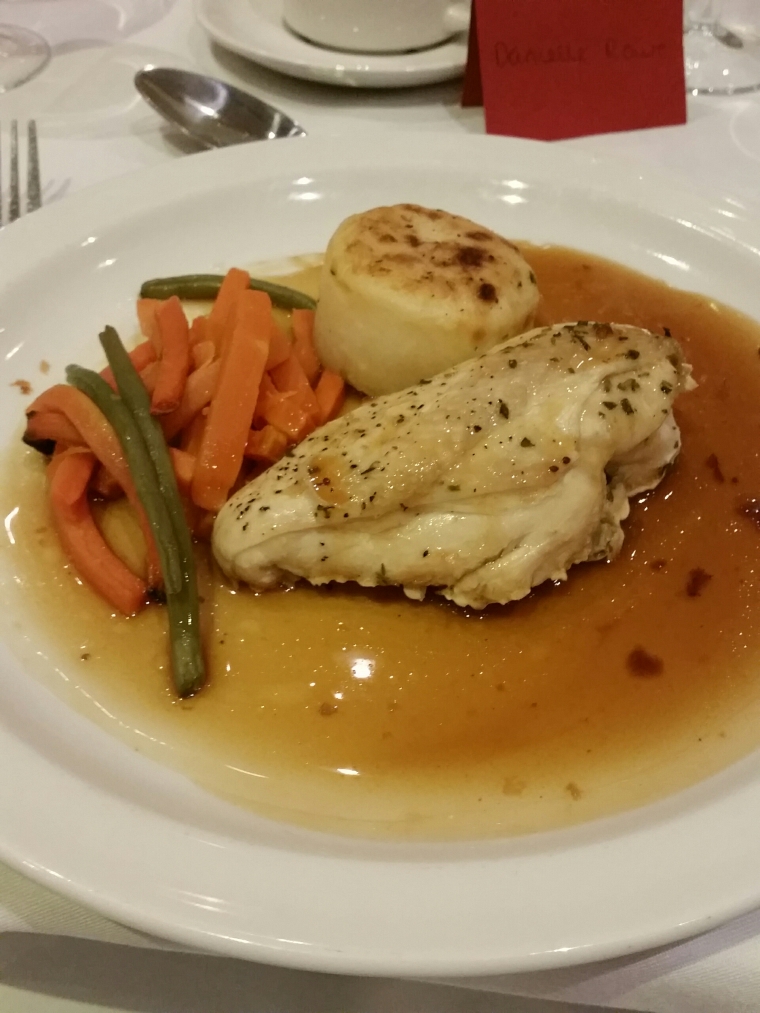 Seriously if you are going to cook for large amounts of people try and make the potato a similar size. My partners was so much bigger than mine and his looked slightly more cooked and crispy too. Mine was barely cooked inside and lacked any sort of seasoning. The chicken breast was soft and tender but again I could not pick up on any seasoning. The vegetables were on the overly soft side and there was not enough to balance out the rest of the plate of food. Whilst there is a lot of sauce it was rather watery and again seemed to lack any depth of flavour. If somebody cooked this in Masterchef they would be sent home immediately as it was nothing special, super basic and seemed to lack potential. 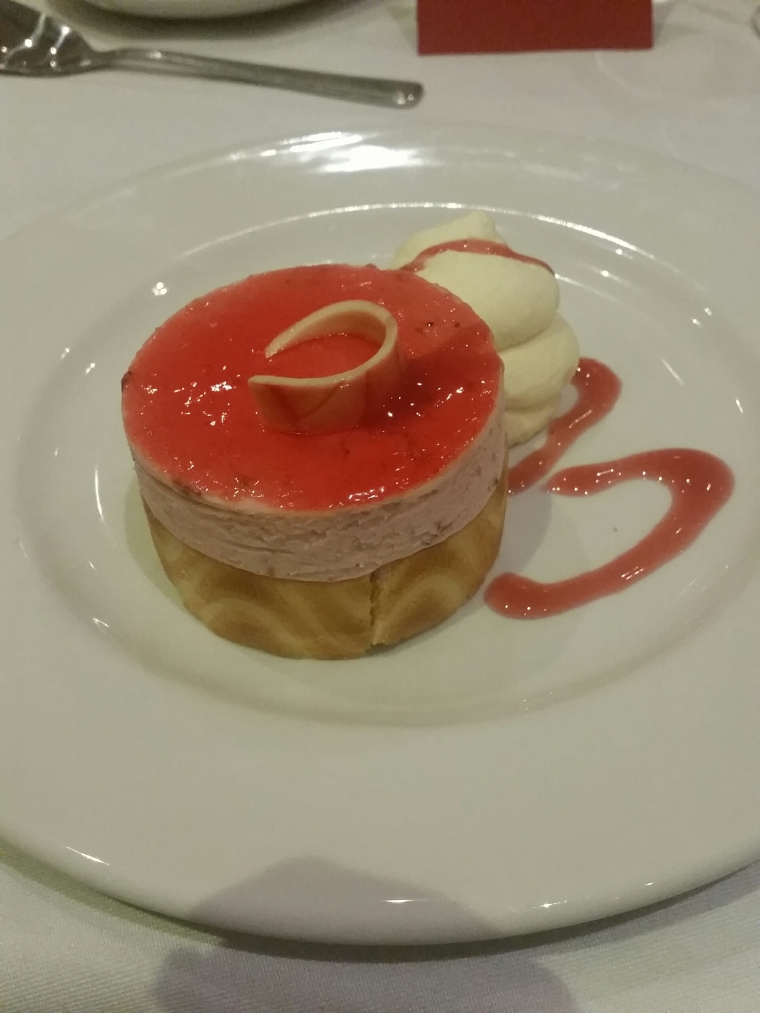 By dessert I had pretty much given up hope for anything more than a pretty average dish and when it came along my expectations were lifted a little. It looked great and was certainly as close to wow as any dish on the night got. It was super light and airy (I could have done with something a little heavier to help fill me up after a small potato and tiny bit of bread as the only carbs for the evening) but it again lacked a lot of flavour. Looking at the colours I expected there to be a real fruity and fresh punch but it barely tasted of anything more than mild angel delight. 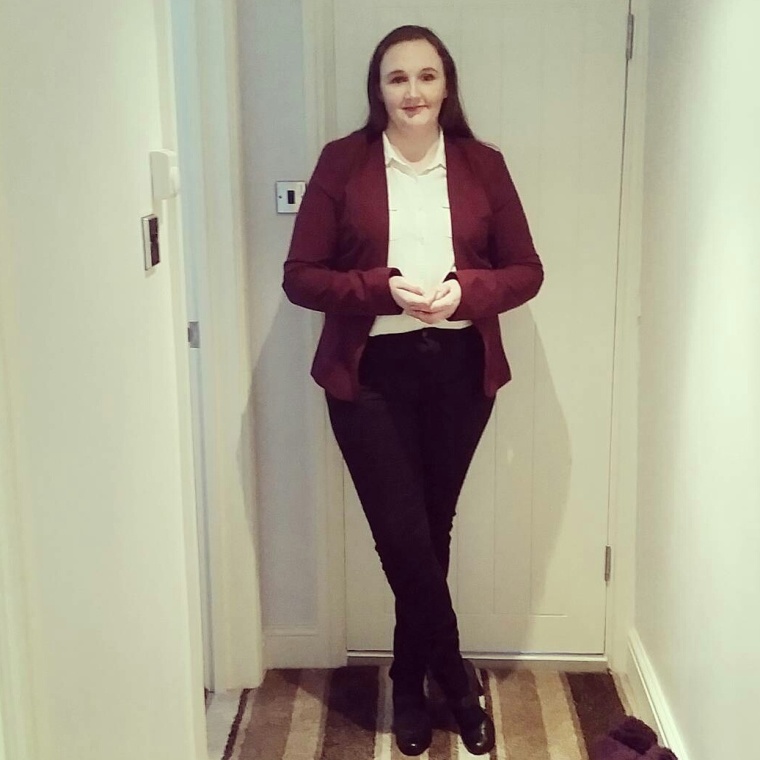 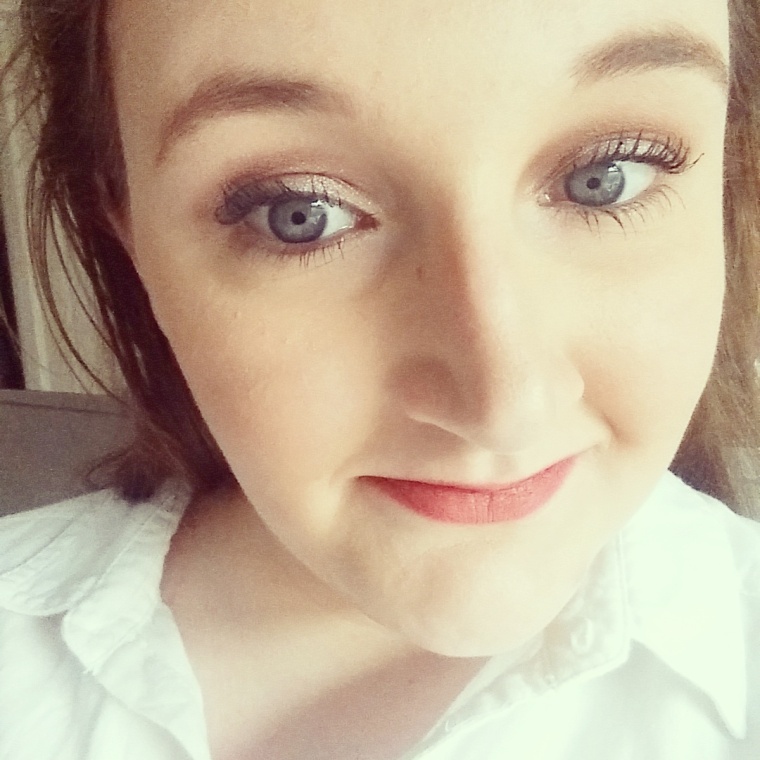 The best thing about the evening was certainly the people I got to meet and some of the chats I was able to have. It gave me a chance to dress up and do my makeup as well as spend an evening with my partner doing something a little different. There was an auction item of a champagne dinner for four at The Hilton and in the end it went for £130, making it just over £32 a person, which when you include the champagne it makes it seem a reasonable price but more than that given the quality of the food would have been a hilarious joke.

Meeting new people and talking all night did take a lot out of mentally and I was unable to do a lot for the rest of the week but I was able to enjoy the night itself and am glad I managed to go out and experience something different.