As I go through quite a few different nail varnishes over a course of a month I thought I’d start doing a monthly summary of what I used the month before. If you read my NFL at Wembley post you might remember I did my nails to represent the Jaguars I haven’t mentioned that here seen as I included it in that post but if you didn’t read about that then click here.

There will be times when I wear ones I’ve worn before but most of them will come with an explanation of why it got selected. I’ll give you the names of them when I can but for some reason some of them have names well hidden or not on the actual product itself (partly user error). 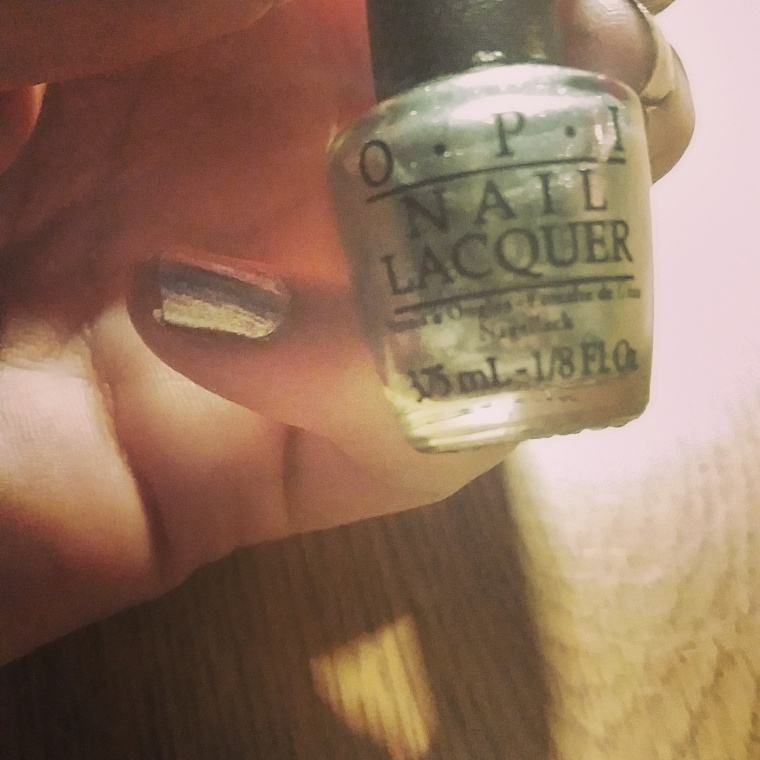 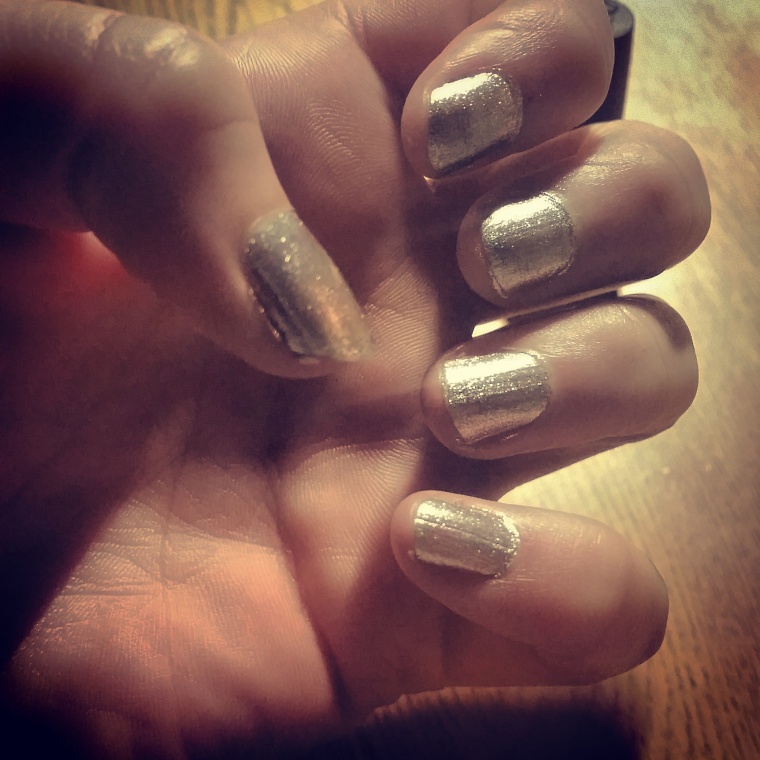 I have no idea what this nail lacquer is called. There are loads of numbers underneath the bottle but I’m imagining that’s just the batch number. I got this bottle and a fairly bright red for Christmas last year as a gift but haven’t given them loads of love due to not really having the right reasons to wear them. But when I was sorting through all my nail products I came across it and thought I’d apply it as I wasn’t going anywhere and wanted to give my nails some love.

It applies super well though and this one feels so smooth as it goes on and dries. It is a product that you need time to apply though as I find without a base coat and top coat it comes off pretty quickly. The first time I applied this I didn’t have time to put a top coat on and then hopped in the bath where it literally peeled away and by the end it was all gone. The fact that you have to put so much effort into applying it to get it to simply stay on tends to put me off a bit. 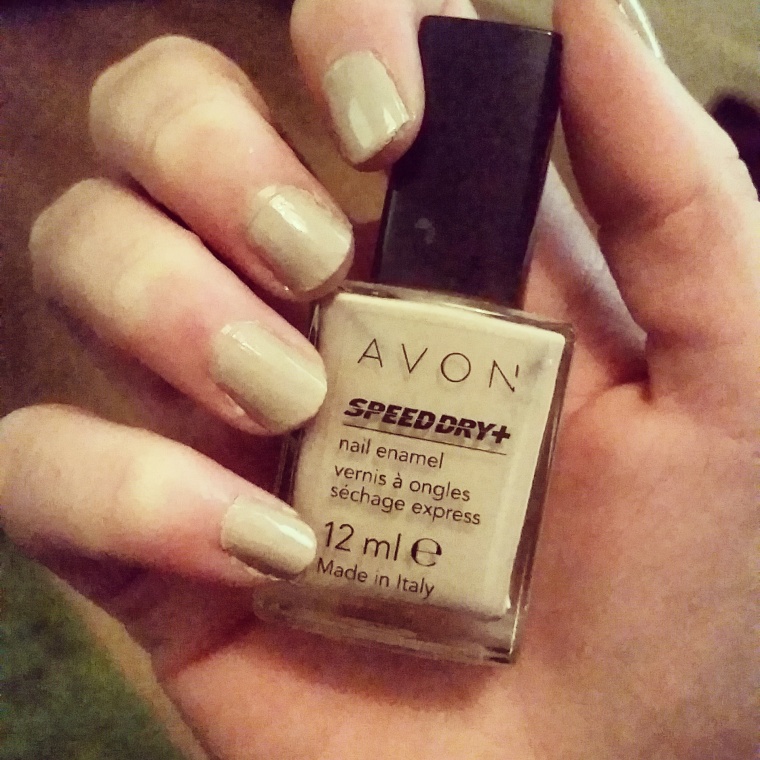 I ended up applying this when I was in a bit of a rush or was having a day where I was struggling to concentrate. I applied this the night before I went on my walk around Tooting and down memory lane. I’ve actually used about half of this bottle as I went through a phase of it being exactly what I needed in my life for a simple look.

It’s certainly a nail enamel that you need to apply two coats of as the first does give even coverage but it just feels a bit thin and flimsy and like the smallest knock is going to reveal all the natural nail. The statement about it being a speed dry product is fairly accurate although when a second coat is applied it tends to stay tacky for a while.

I really love the colour and overall finish of this product but I’ve had it for several years now and I feel it is getting close to being on its last legs so I might have to increase its wear or discard it. 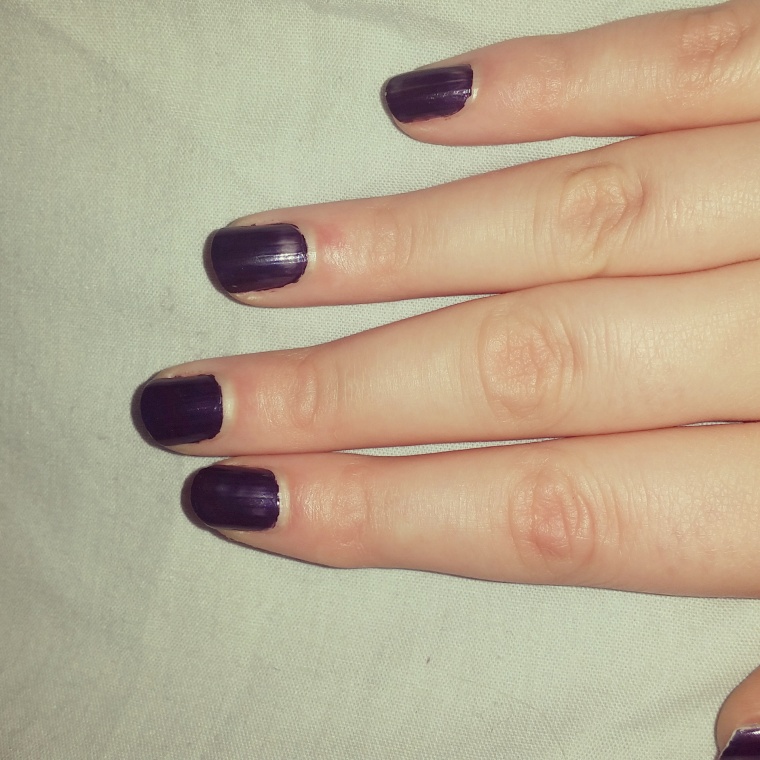 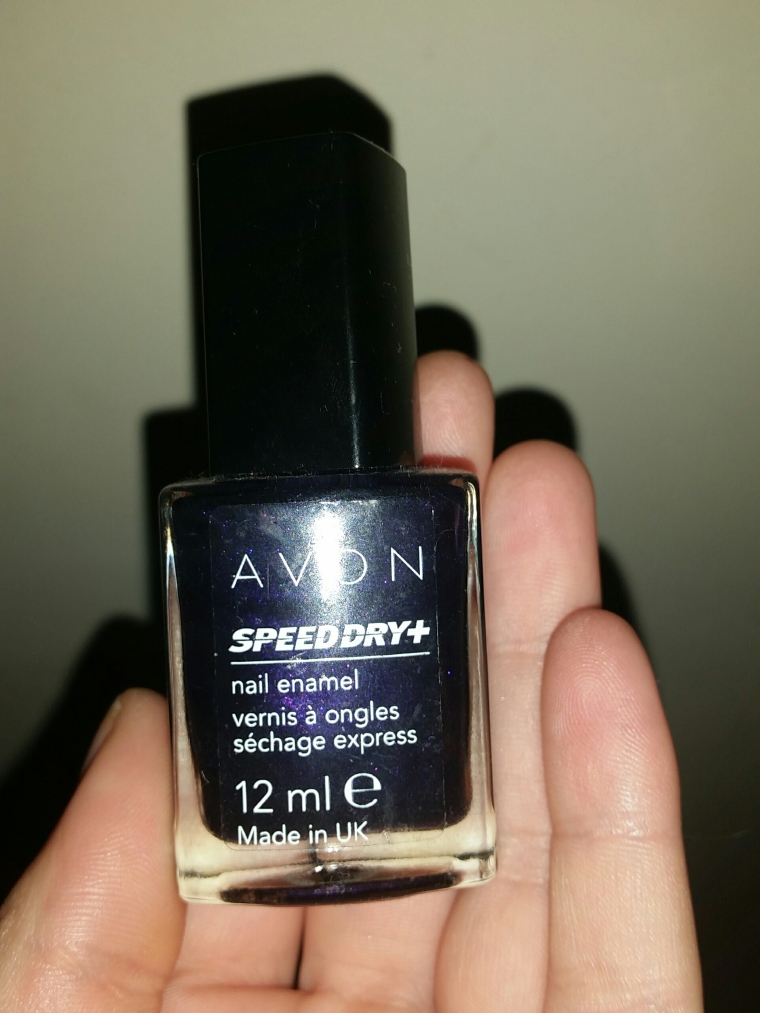 I was going to be meeting a friend in Central London one afternoon so I decided to do my nails in the morning. The weather had taken a colder turn and it was starting to feel very autumnal so I decided to go for a darker shade on my nails and this is the one I selected.

The colour is a really bewildering one because in artifical building lighting it looks so very close to black and when I applied it I was convinced that it was. When I was on the train though the sun caught it and it showed up as a dark blue with purple tints in it. I had certainly picked a darker shade that was for sure!

This one has never applied too well though and as you can see from the picture after two coats it is still fairly thin in places and doesn’t give full coverage. It might be because of the age of the product but because of its mysterious colour qualities I’n reluctant to part with it. 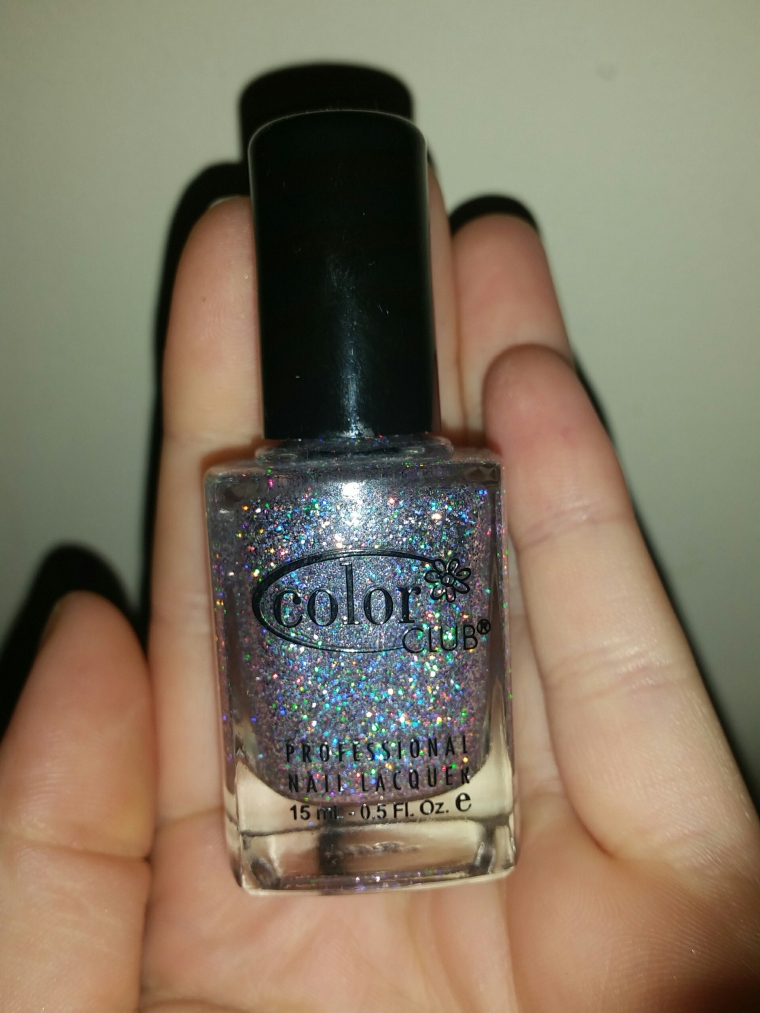 This is another product I don’t have a name for. I got sent this one, along with a bunch of others, from a friend that was having a massive sort out. I don’t recall having a specific reason to apply it but it was calling out to me so I just couldn’t resist. There does look to be a number stamped into the bottle underside but the type of lacquer obviously makes it really difficult to see if that is anything to do with the product itself. 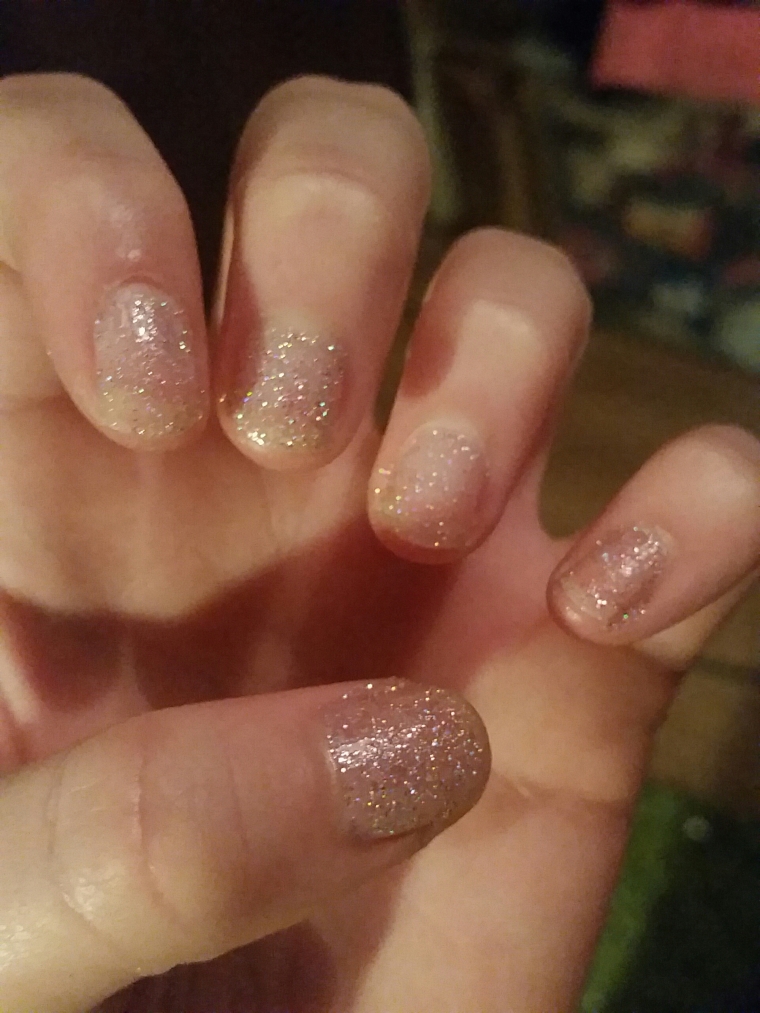 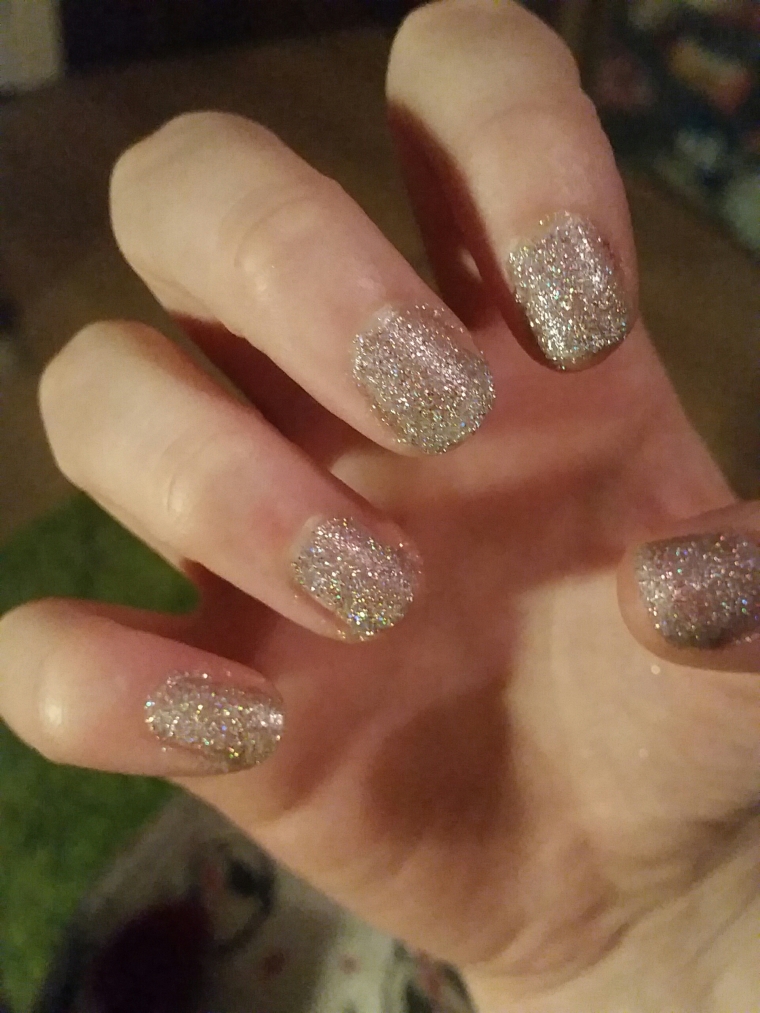 If you follow me on instagram you might have seen my video with this product on and me moving my hand around. It is so incredibly sparkly and I love it. When I had applied just one layer I was disappointed that it just seemed to be the equal of a glittery topcoat but after applying another layer I did a little squeal and happy dance. It also lasted on my nails so well although I did have to put several layers of top coat on because the glitter itself is quite sharp and doesn’t apply flat. This was probably my favourite during October. 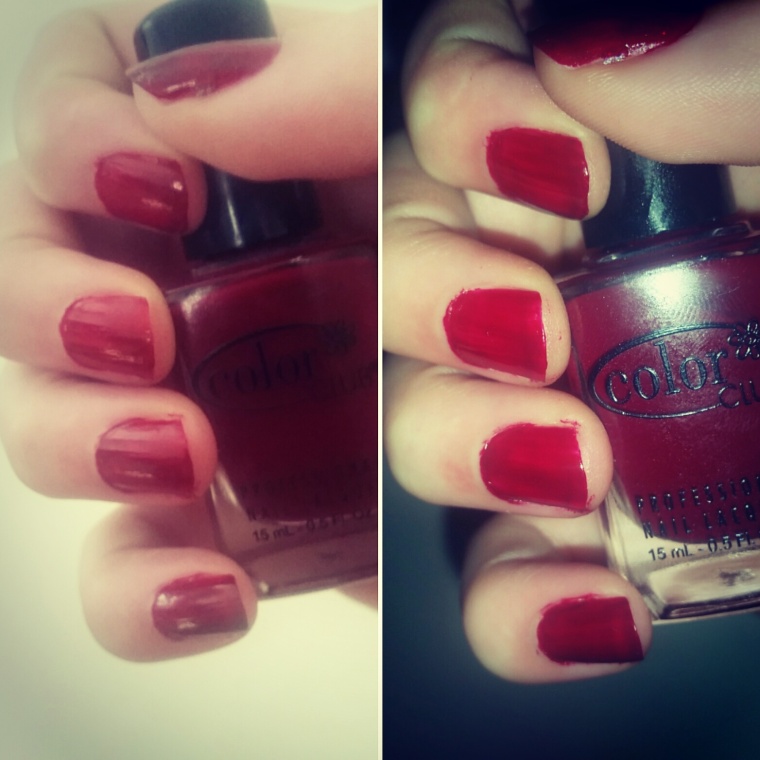 This is another bottle that my friend sent me during their declutter and again I don’t seem to have a product name or number for this but I feel calling it a burgandy is suitable given the shade it appears in the bottle.

I found the colour to conpletely vary though as in the shade it was a very dark red and really was how I would describe burgandy if asked but when it was put into the light or sun it became a very bright and distinct red. With that I don’t know whether to love it or not because I really wanted a darker red with applying it just before the halloween weekend and when it came out that it also appeared a brighter red I was disappointed. I already have so many ‘proper reds’ that finding a way to love this one is going to be difficult. Perhaps if I want to just wear it at night or have various red tones going on I can find a way to include it in my life.

Do you have a favourite at the minute? Let me know in the comments below!