When struggling with mental health issues it can sometimes be a little difficult to have fun. It’s made even more challenging when you are broke and most of your friends have abandoned you.

My partner really deserves some praise though because I have no idea how he puts up with me. After working a full day he will come home and give me the company that I need. He knows how much I hate TV and I tend to watch most things on Netflix during his time at work.

For a while we used to play Pandemic but saving the world is easier when there are just two people playing. Doing it with friends is a lot challenging. When you can do it on one of the harder settings it is easy to lose interest in it.

Because I am alone most of the day and my need to think or challenge myself is somewhat limited to the days where I pull myself together to do some journalism and apply for a handful of jobs I could hold down I often win in asking to play Scrabble.

The issue with our 1970s version of Scrabble is that unlike the version I grew up with it doesn’t come with a book of allowed two letter words and tracking down our dictionary in a house full of disorganised books is practically impossible. And with those issues we often turn to the internet to see if a word happens to be allowed. In the above case jugglery is a word and means the art of juggling and I got a healthy 130+ points for it (I still lost though). 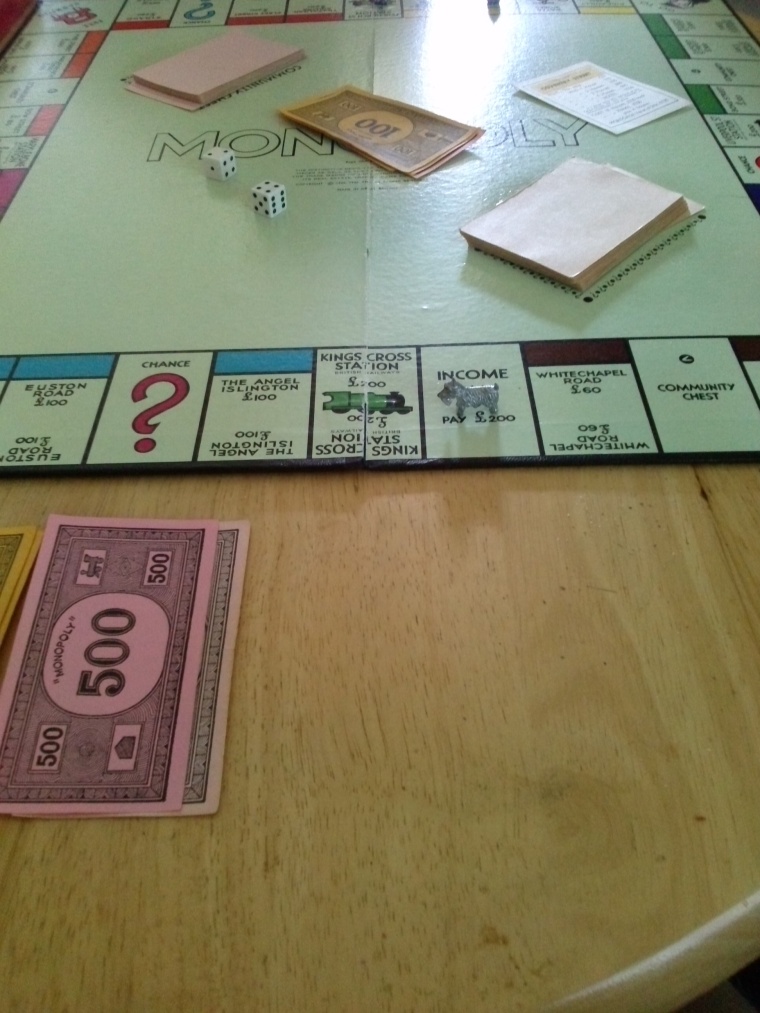 But Scrabble will not always do and we are constantly on the search for other good two people board games. When I bought Scrabble second hand from Preloved it also came in a bundle with Cluedo, Monopoly and Halma. Obviously Cluedo and Monopoly can be done with just two people but it is more a matter of time rather than fun and curiosities.

Halma however is a good and simple game (well it is simple after you have played it – just reading the rules isn’t any use to me and they just left me jumbled). It involves a little strategy and thinking but mainly concentration on the board and both peoples pieces for a fair amount of time.

It probably seems silly to some people that such simple and old things could give me such pleasure and enjoyment when there are many more things that I could do. But they help me to focus my mind and prove to me that I haven’t just failed at everything mentally on that day. Besides having the ability to win at something is wonderful.

6 thoughts on “Having Fun”